The Kolkata Knight Riders lead the head-to-head race against Royal Challengers Bangalore by a 14-10 margin. 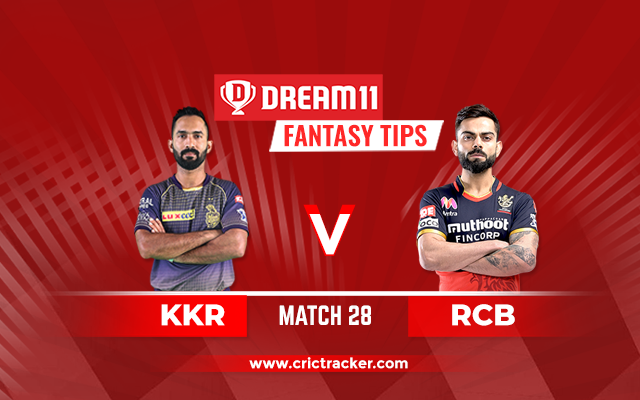 The 28th match of the Indian Premier League (IPL) 2020 will be played between Royal Challengers Bangalore and Kolkata Knight Riders at Sharjah Cricket Stadium, Sharjah.

The Royal Challengers Bangalore (RCB) and the Kolkata Knight Riders (KKR) are two teams who have been going well in this edition of the IPL. Thus far, both these teams won four games each out of six and are only differentiated by the NRR. In their last game against the Kings XI Punjab (KXIP), KKR pulled off a magnificent victory. They managed to pull off a win from the jaws of a defeat and hopped over the line by just a margin of two runs.

On the other hand, the Royal Challengers also bounced back hard with a big win against CSK after an embarrassing loss to the Delhi Capitals (DC). With Chris Morris back in the last, they look to be a much better-balanced side and will be equally confident as the Knights. Thus, this game between these two sides should be a cliff-hanger and both will compete hard for those two points as they look to inch closer to the playoffs.

The temperature will be around 32-33 degrees Celsius in Sharjah on Monday evening. There will be strong winds across the ground.

For the first time in the last game, scores well below 200 were scored in both the innings. As the tournament is progressing, the pitches seem to be getting slower.

212 (Thus far in the tournament at this venue)

Andre Russell injured himself while taking a catch in the last game. Although it didn’t seem serious, he is doubtful for this match.

Virat Kohli started off the tournament slowly but picked up pace in the last few games. He’s already amongst the leading run-scorers in the tournament with 223 runs at an average of 56. Moreover, he scored an unbeaten 90 in the last game.

Shubman Gill mustered 220 runs in 6 matches while averaging 44. He has got two fifties thus far.

In his first game, Chris Morris returned with figures of 3/19 and can contribute with the bat as well.

Dinesh Karthik found his touch back in the last game and raced his way to 58 off 29 balls.

Yuzvendra Chahal has regularly been amongst the wickets and has got 9 of them from 6 games thus far.

Eoin Morgan has been in decent touch in the tournament. The England limited-overs skipper has engineered his way to 167 runs from 6 games at an average of 42. 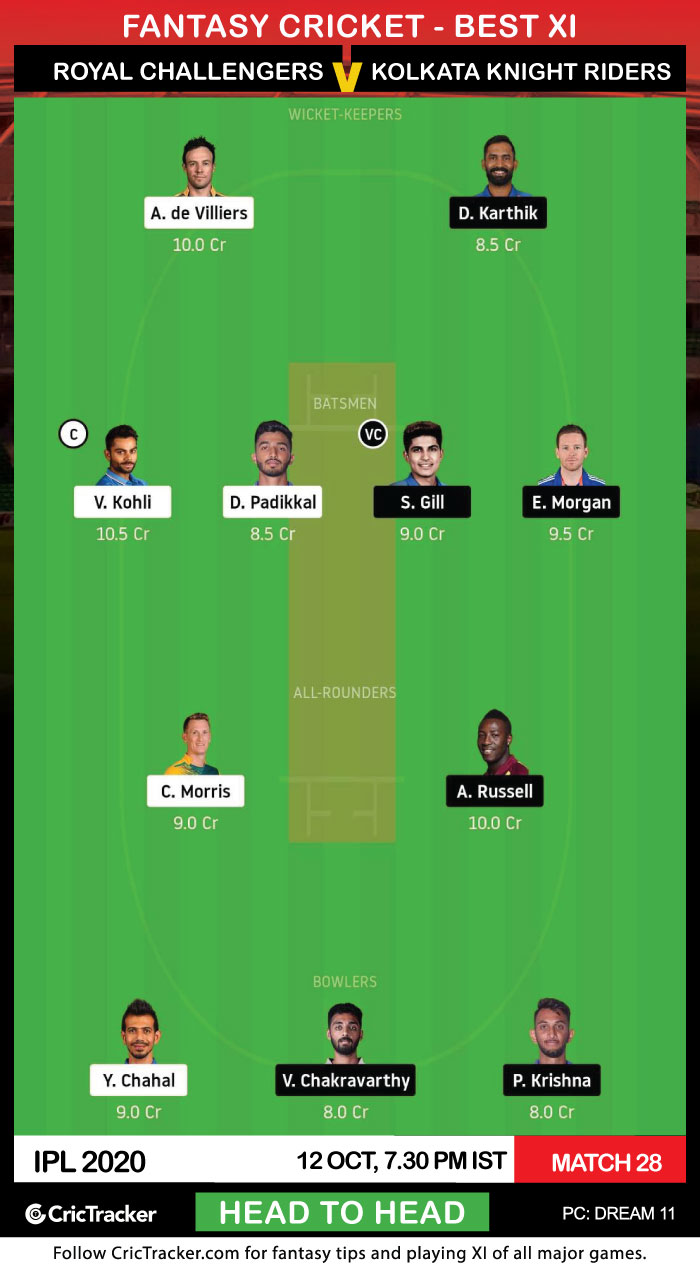 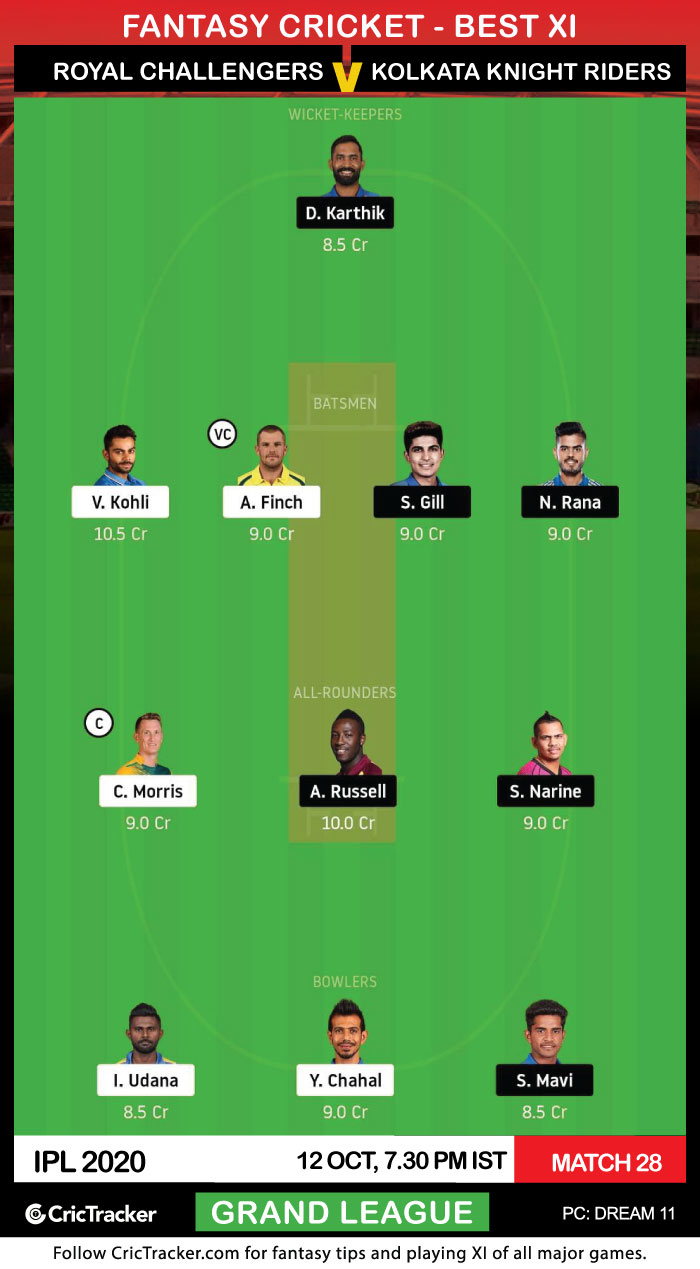 Andre Russell and Sunil Narine are good choices as the multipliers of your Fantasy teams. Hence, you can try them out for the Grand League competitions.