Bangalore vs Kolkata clash will be played in Sharjah. 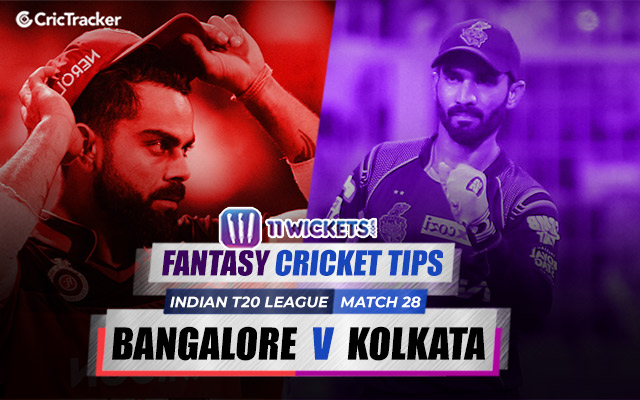 The 28th match of the Indian T20 League 2020 will be played between Bangalore and Kolkata at the Sharjah Cricket Stadium.

Both the teams competing in this match are in great form in this tournament. Coming into this match, Bangalore defeated the team from Chennai and Kolkata too got past their counterparts from Punjab with a 2-run margin. In their previous matches too, the teams have stuck and strung together some stellar match-winning performances.

Kolkata, in the 6 matches they have played, have won 4 matches, and are placed at the third spot in the points table, thanks to their net run rate of +0.017. Bangalore, on the other hand, are placed right below Kolkata on the points table, in spite of having the same number of wins, because of their inferior net run rate. It would be interesting to see which team gets the better of whom when these equally matched powerhouses are pitted against each other in this match-up.

The usual weather conditions of the UAE, which is clear skies with no chance of rainfall will prevail in Sharjah on Monday. The temperature will be hovering around the 36 degree Celsius mark.

The pitch at the Sharjah Cricket Stadium will in its typical fashion, support the bowlers majorly in the second half of the match. The runs will flow, but chasing will be a difficult task for any team, and the same is suggested the stats listed below.

Isuru Udana (8.5 credits) – Isuru Udana has played in 4 matches and has taken 6 wickets. 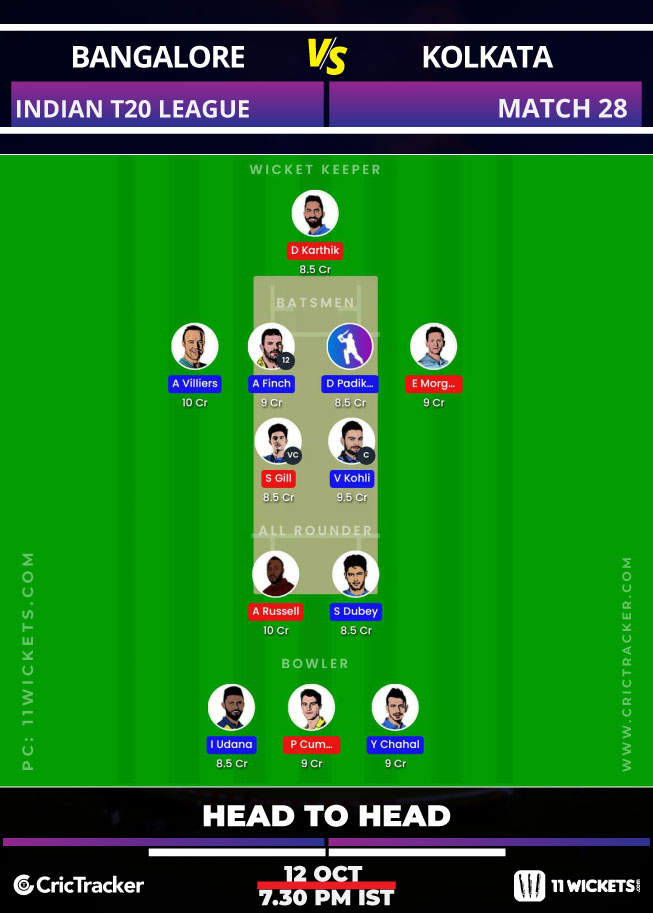 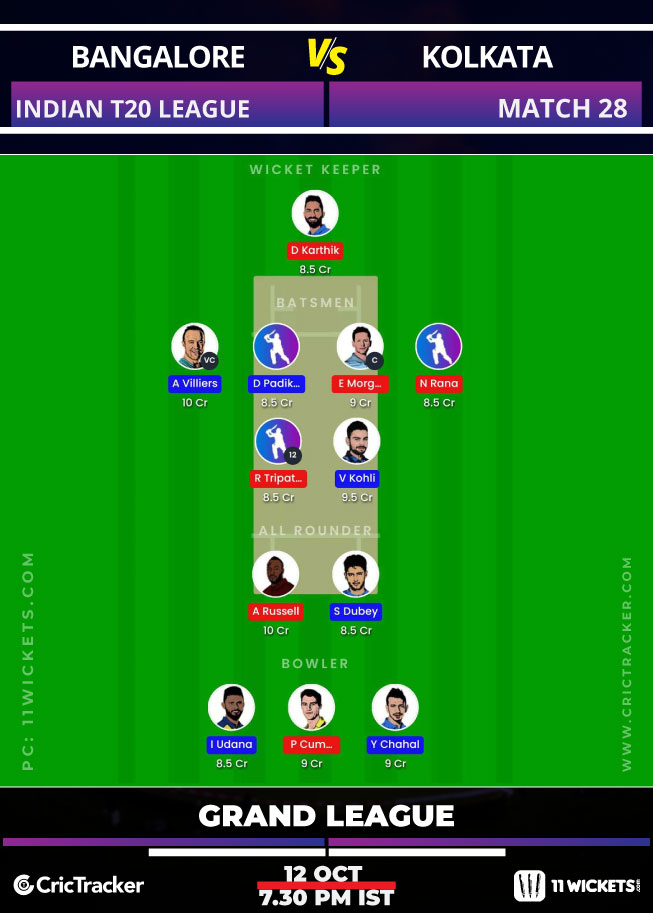 At this venue, the batsmen of both the teams have performed well  so far, so it would be wise to include as many as 5 batsmen in your team. For the choice of the 5th batsman, you can go either with Shubman Gill or Nitish Rana.