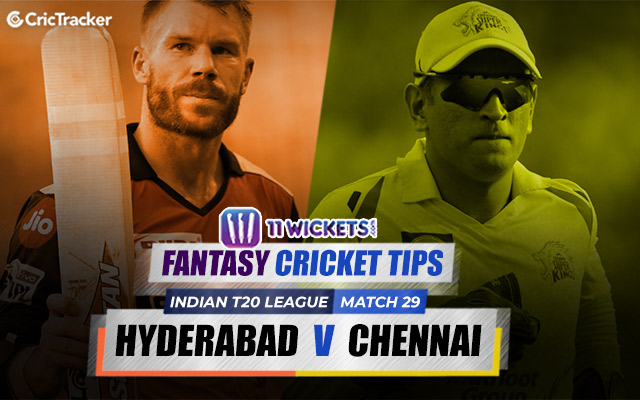 The 29th match of the Indian T20 League 2020 will be played between Hyderabad and Chennai at the Dubai International Stadium.

After starting the tournament on a great note, winning the opening game of the tournament against Mumbai, Chennai’s performance has been lackluster and they have failed to win matches as frequently as they should have. But, their opponents in this match, Hyderabad have recovered well after a shaky start to their campaign and have managed to win enough matches to keep them in as a strong contender in the race to the top 4.

Sunrisers Hyderabad, are placed at the 5th spot in the points table, owing to their 3 wins. David Warner will be looking to improve these numbers and will come on to the field with a well-prepared team on Tuesday, in order to get the better off MS Dhoni-led Chennai side. Chennai have won only 2 matches in 5 games and will surely find it difficult to fight with the Hyderabad line up.

The weather in Dubai on the day of this match will be clear, with no cloud cover, leading the sun to shine brightly during the day and the skies being clear during the evening and the night. There is no chance of rainfall and the temperature will be hovering around the 32 degree Celsius mark.

The pitch at this ground has seldom been kind to the chasing teams, so the ideal choice after winning the toss would be to bat first, put up runs on the board, and defend it later. The bowlers will be holding the key to success in this match.

Sam Curran (8.5 credits) – Sam Curran has played 7 matches in this tournament so far and has taken 8 wickets and scored 68 runs with the bat too.

T Natarajan (8 credits) ­– T Natarajan has 7 wickets to his name in 7 matches while maintaining an economy of 7.97 runs per over. 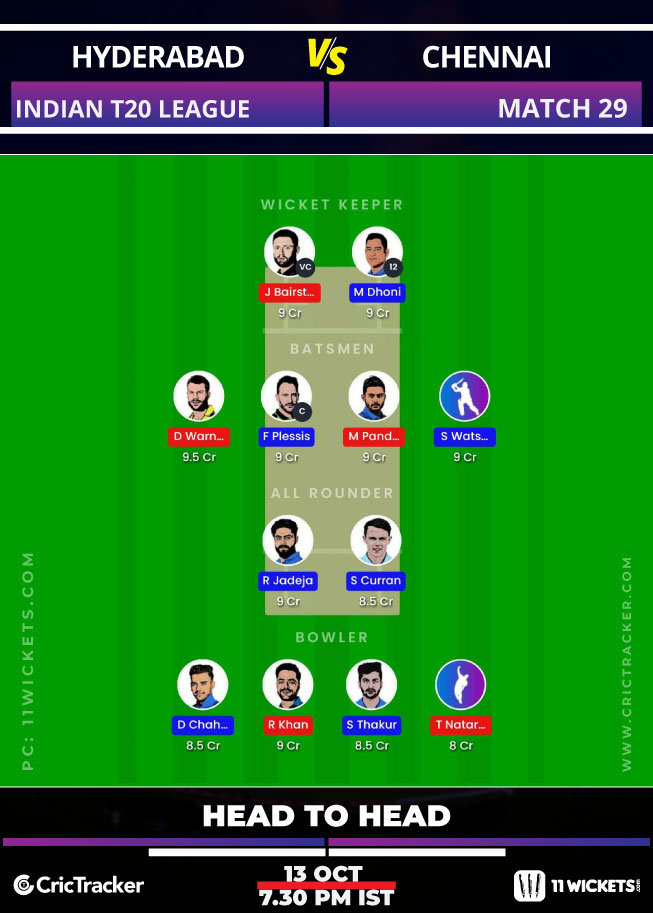 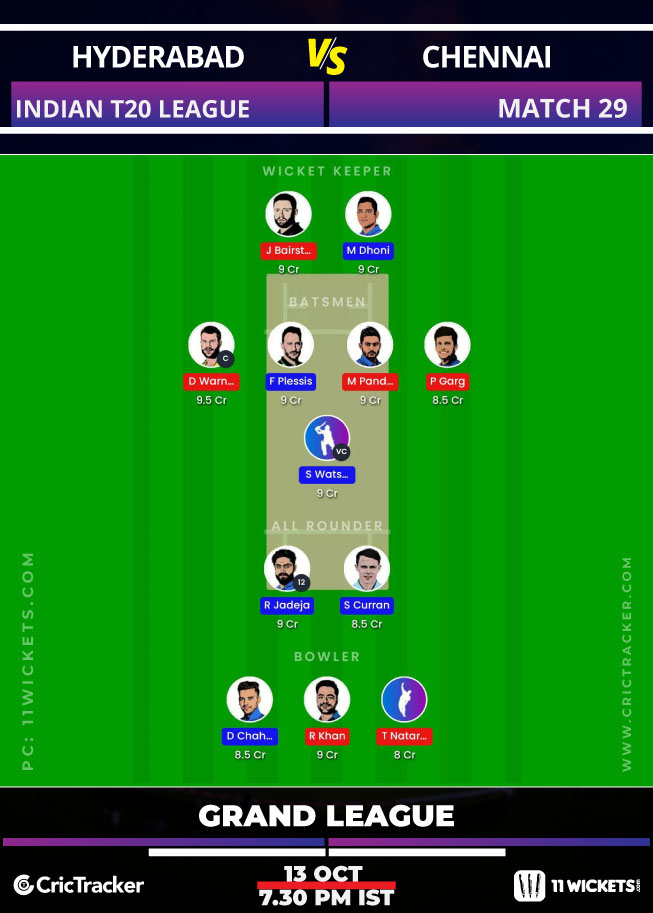 In this match, you can include a maximum of 5 batsmen in your squad, as they are the ones who are promising to provide the best returns in points, for the investment you make on them. For, being included as the 5th batsman, Priyam Garg should be your go-to player.