Sunrisers Hyderabad lead the Head-to-Head race against the Delhi Capitals by 10-6. 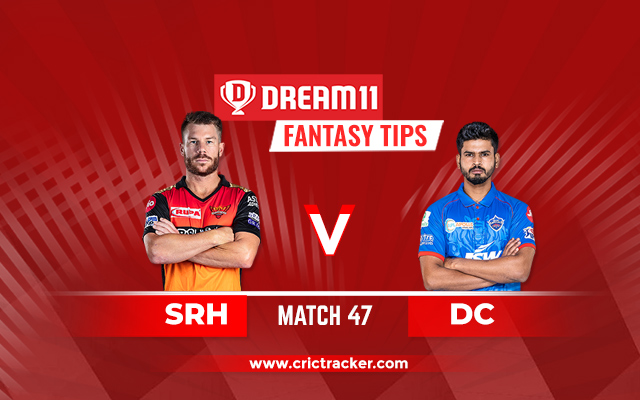 The 47th match of the Indian Premier League (IPL) 2020 will be played between Sunrisers Hyderabad and Delhi Capitals at the Dubai International Cricket Stadium, Dubai.

The Sunrisers Hyderabad (SRH) have got themselves to blame for the loss against the Kings XI Punjab (KXIP). In a match they could have won easily, all that could go wrong went wrong as they fell short of a small target by a mere 12-run margin. With this loss, David Warner and his men put their playoff chances in jeopardy and they have just four wins in 11 games.

SRH will be taking on the Delhi Capitals (DC) in their next match. The Delhi Capitals, after some fine victories, lost their course slightly and ended up on the wrong side of the result in their previous two games. While they would be looking to bounce back in the game against SRH, the ‘Men in Orange‘ will consider this as a perfect opportunity to further dent DC’s confidence and improve their chances of making it into the playoffs.

The temperature will come down from 30 degrees Celsius as the game progresses while the humidity levels will increase. The skies will be clear.

Sunrisers Hyderabad struggled to chase down 127 runs at this venue in their last game. But the pitch isn’t as bad as it appeared to be. It seems quite good for batting in the second innings in this phase of the tournament. Chennai Super Kings comfortably chased down 146 runs in the last game at this venue.

171 (Thus far at this venue in this tournament)

David Warner is the leading run-scorer for SRH with 370 runs from 11 matches at an average of 37.

Kagiso Rabada has accounted for 23 wickets thus far in the tournament and has been quite consistent with the ball.

Rashid Khan picked up 14 wickets in 11 matches and has got a brilliant economy rate of 5.29.

Jonny Bairstow accrued 345 runs in 11 matches while maintaining a strike rate of 127. 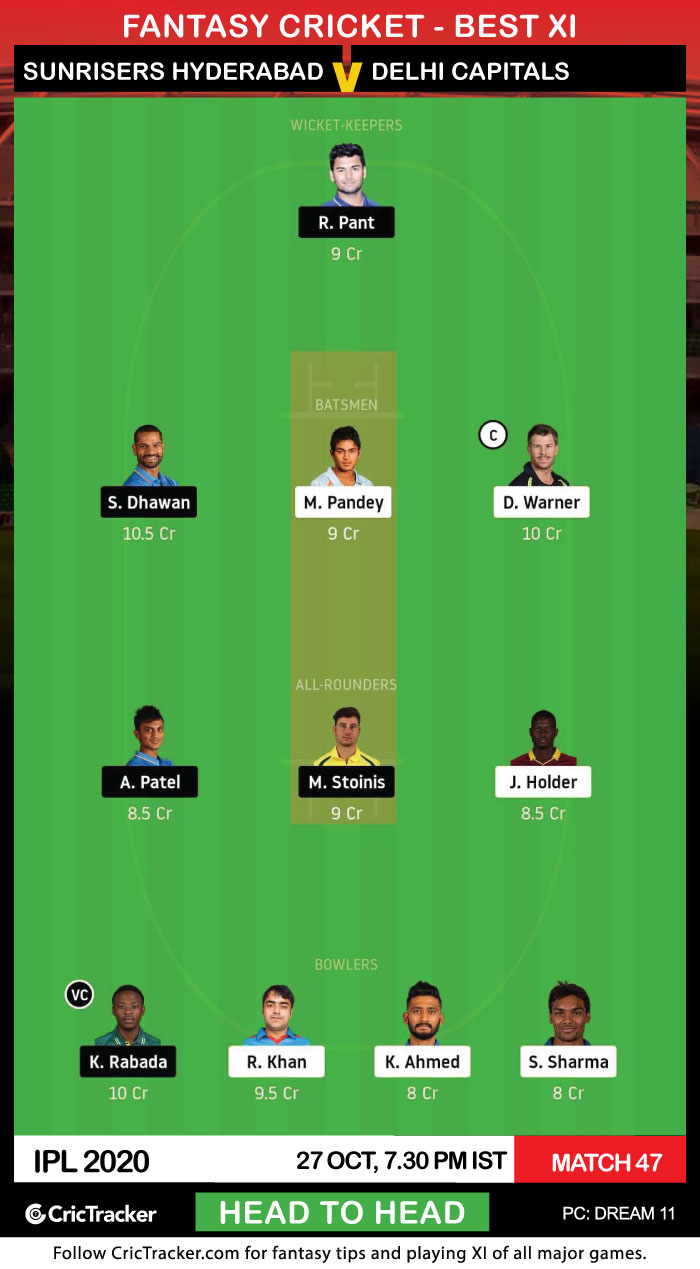 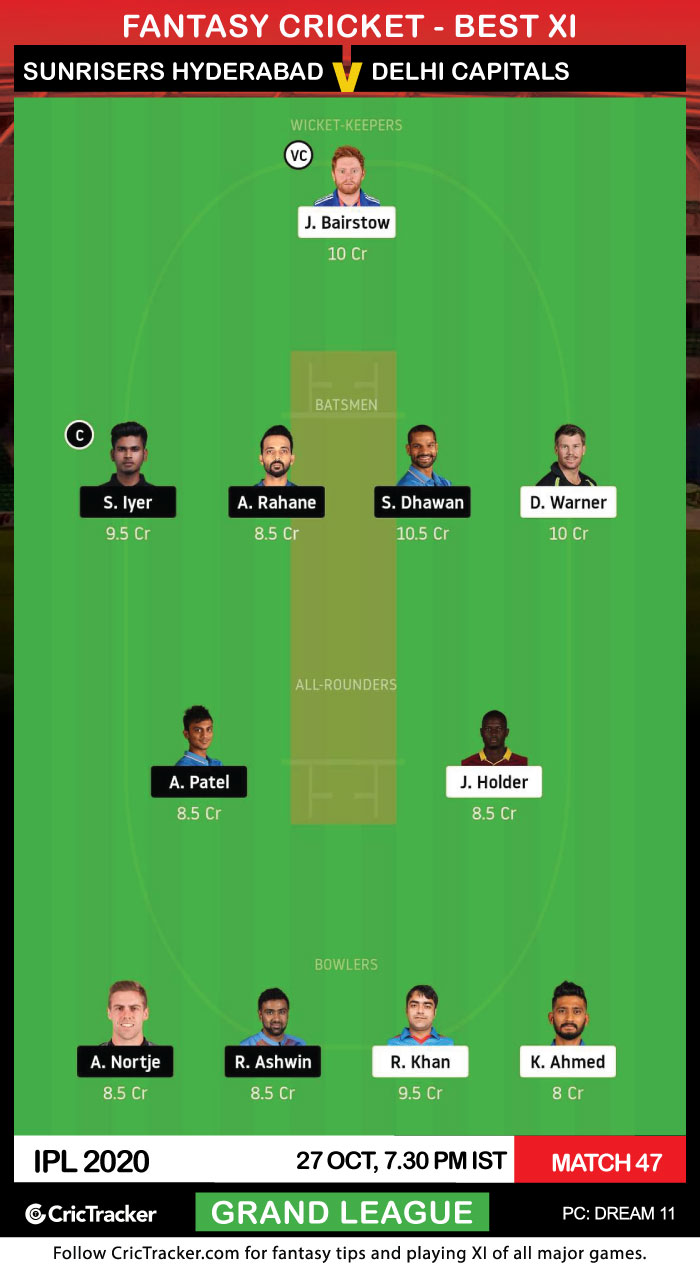 Credits will be a constraint while picking the teams for this match. To ensure a proper balance of the side, Shreyas Iyer has been ignored from the Head-t0-Head team.

The Delhi Capitals are expected to win this game.