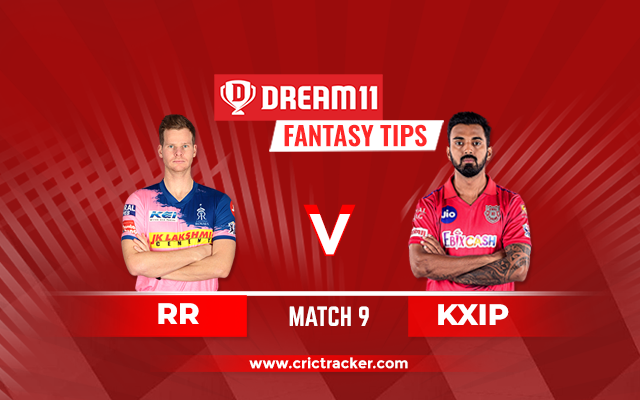 The 9th match of the Indian Premier League (IPL) 2020 will be played between Rajasthan Royals and Kings XI Punjab at the Sharjah Cricket Stadium, Sharjah.

The Rajasthan Royals, after that fine victory against the Chennai Super Kings in their first game, will be facing Kings XI Punjab. On a small stadium in Sharjah, both these teams would fancy put up big totals and registering yet another win in the tournament. While the Royals would be playing their second game at this venue, it will be the first one for Kings XI Punjab.

Even though the Kings started off with an upset against the Delhi Capitals, they bounced back hard against the Royal Challengers Bangalore. By registering a 97-run win, they not only recovered from the bruises of the first loss but also improved their NRR significantly. They would look to carry this momentum forward and make it two out of two.

Strong winds are expected during the game and the Sunday evening will be quite hot. The humidity levels are expected to rise as the match progresses.

With short boundaries and a batting-friendly pitch, yet another high-scoring game might be on the cards. It is tough for both the spinners and the pacers to bowl at this venue.

Average first innings score: 216 (At this venue in this tournament)

Jos Buttler has completed his quarantine period in the UAE and is available for selection.

Jos Buttler, who will be playing his first game this season, has been in great form. He was done well in the series against Pakistan and Australia recently.

Sanju Samson seems to be in sublime touch and raced his way to 74 in the last game while maintaining a strike rate of 231.

Steve Smith is another player to watch out for. He mustered 69 runs in the last game and was timing the ball sweetly.

Mohammed Shami picked up four wickets in two matches and has an economy rate under 5 in the tournament.

Jofra Archer picked up just one wicket in the last game but seems to be in great form and seems to have found his rhythm for the pitches in the UAE. 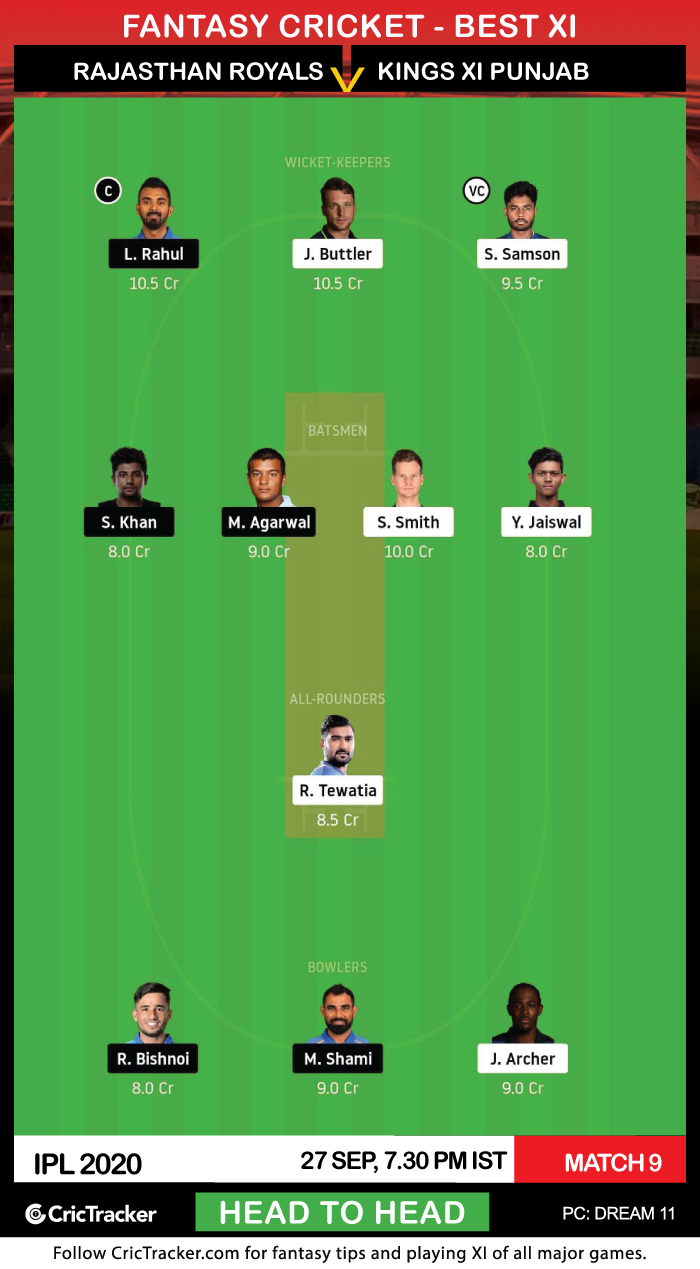 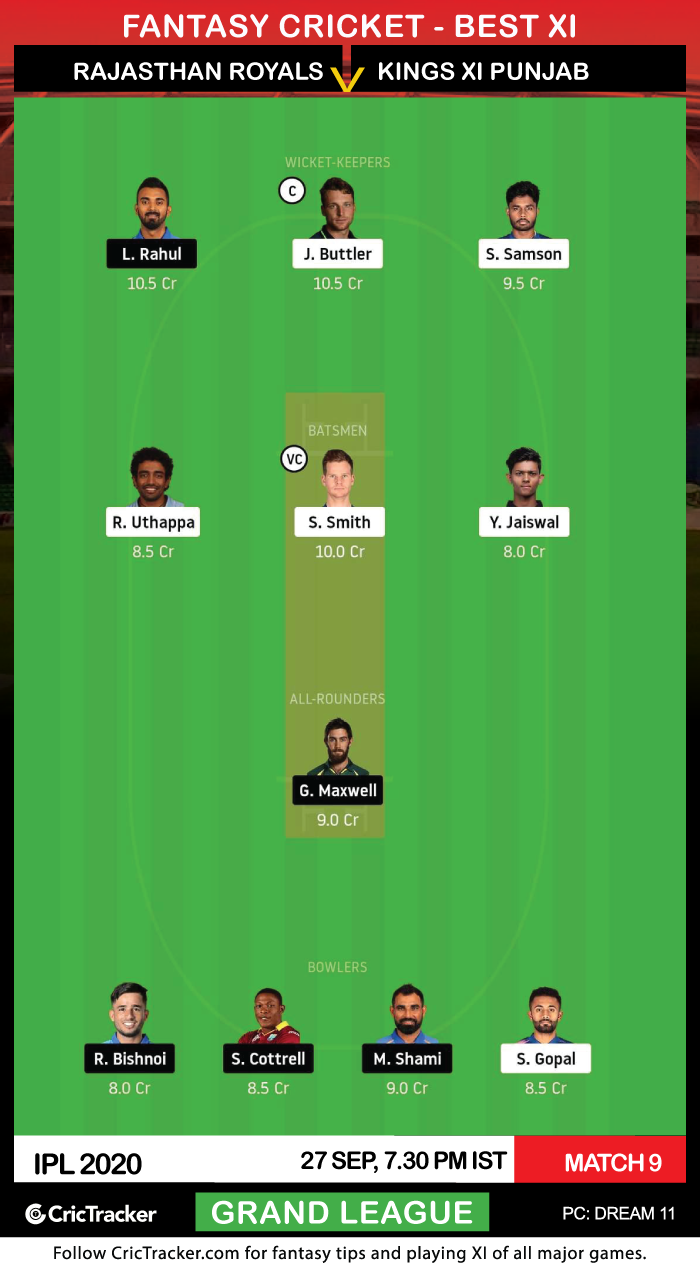 With the short boundaries in Sharjah, there is a possibility that Chris Gayle might make it to the KXIP side in place of Nicholas Pooran. Watch out for the Playing XIs after the toss.

Rajasthan Royals are predicted to win this encounter.