The Leinster Lightning already defeated the Northern Knights earlier in the tournament.

The 5th match of the Cricket Ireland Inter-Provincial Limited Over Cup 2020 will be played between the Northern Knights and Leinster Lightning at The Village, Dublin, Ireland.

Leinster Lightning are in a good headspace at the moment. They are on a two match-winning streak in a series that has seen 2 washouts. The Lightning will now face the Northern Knights, a team that they have defeated already in this tournament. They have the title in their bag since they have 10 points from two games and now are up in a dead-rubber.

Northern Knights, however, will look to finish the series on a high. They will look to occupy the second place and will be playing for pride in this one. Any team that plays for its pride is a dangerous one, which is why this match-up promises to be a riveting one.

The weather Gods have listened to our requests post the two washouts that had to be endured. The chances of rain in tomorrow’s game are next to zero per cent. But, the temperatures will be close to 10°C throughout the game with the values set to drop at as low as 5 degrees at a point.

It is the first game at this venue. Hence, nothing much can be said about the exact behaviour of the pitch. However, from what can be inferred from some of the games played here earlier, the track at this venue tends to be good for batting.

Kevin O’Brien is the leading run-scorer of the series with 95 runs from 2 innings. The right-handed batsman has been maintaining an average and a strike rate of 47.5 and 80, respectively.

Stephen Getkake has looked like the batsman in form for Northern Knights. Though he has played a solitary knock, he made his way to well-engineered 73 off as many deliveries.

Curtis Campher has been the best bowler, by far, in this series. Having played only a couple of games, he is already on 6 wickets and has been bowling beautifully at an economy of 4.38 and at an average of 13.16.

Ruhan Pretorius stroked a well-constructed fifty in his last game. He will be looking to convert that fifty into a century this time around. 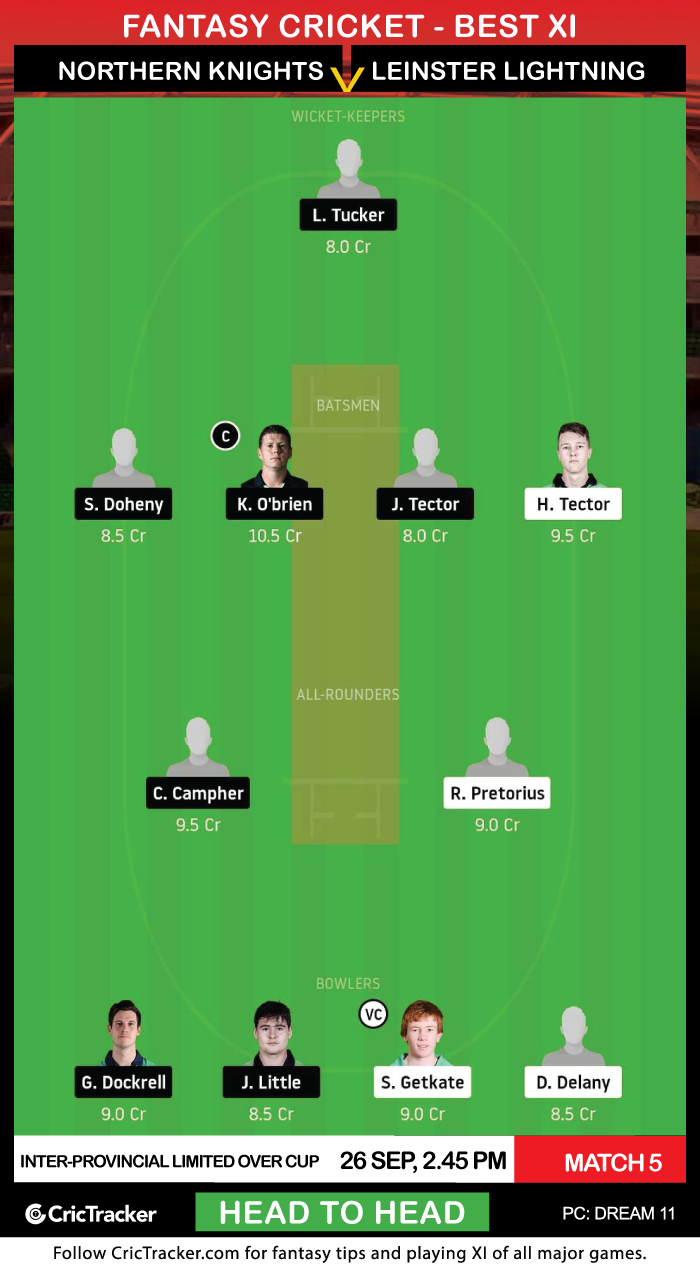 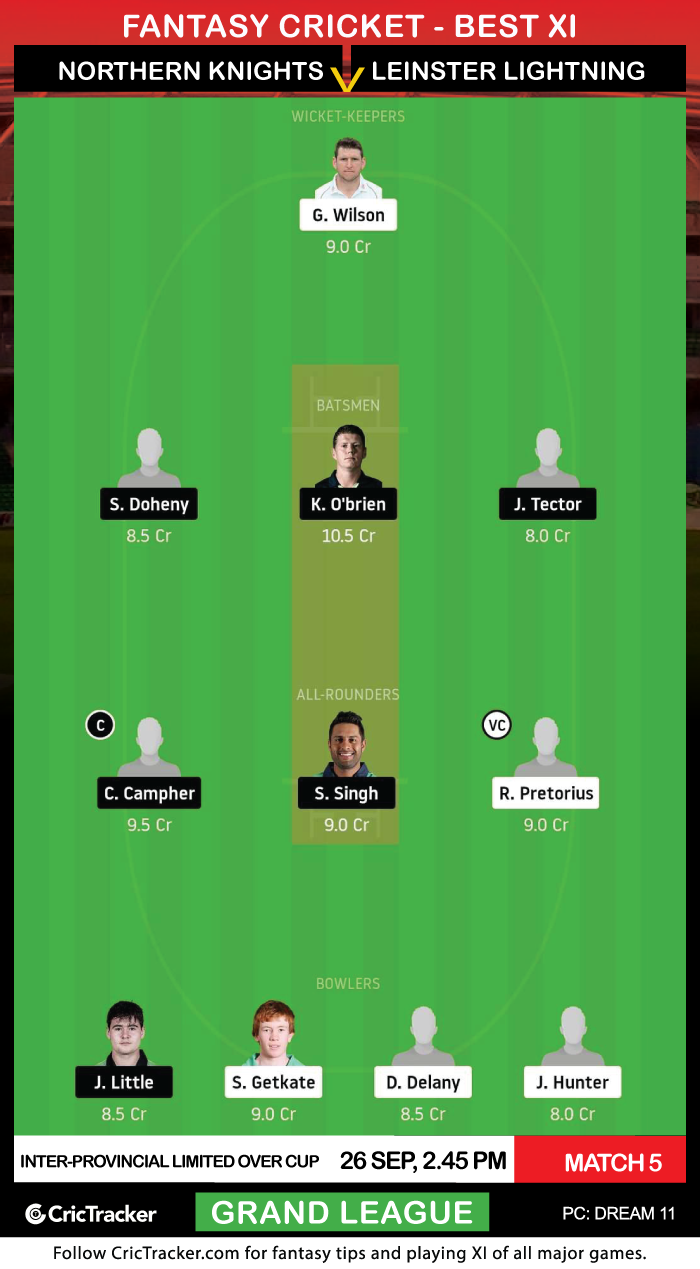 It is advisable to have plenty of bowling options as the exact nature of the pitch cannot be predicted since this will be the first game at the venue.

Leinster Lightning are expected to take this one home.