Leinster Lightning are expected to win this match-up.

The 6th match of the Cricket Ireland Inter-Provincial Limited Over Cup 2020 will be played between Leinster Lightning and the North-West Warriors at The Village, Dublin.

We have officially reached the last match of the Ireland Inter-Provincial Limited Over Cup 2020. There were as many as two abandoned games and one can say that it might’ve hampered either of Northern Knights or North-West Warriors’ chances of lifting the title. Having said that, one mustn’t take anything away from Leinster Lightning. Post the match on Monday, they will be crowned as the champions and rightly so. They have played a fascinating brand of cricket and dominated the proceedings from the word go.

North-West Warriors, however, are as dangerous a side as any. This is largely because they will look to end their campaign on a high and deny Leinster Lightning the satisfaction of a clean sweep. Thus, this contest can very well be fuelled with emotions and drama. We have got an exciting match coming up for us.

The weather for the game on Monday might not be on its best behaviour. One can expect a start-stop proceedings in the first innings, especially. The chances of rain post the first innings look a little bleak although there is significant cloud cover that is expected. The temperatures will be hovering close to 15°C.

Only one game has been played at this venue in this tournament and the Northern Knights managed to put up 240 as the first innings score. There was ample assistance to the bowlers offered by the pitch and it is likely to be the same this time around too.

Average first innings score: 240 (Based on the only game played at this venue)

Stephen Doheny is a must-have in your squad. He has been the best batsman in the series with 109 runs from 3 innings on tracks that have been largely troubling for the batsmen. His strike rate of 71 bears a testament to that fact and his average of 54.50 is as good as any. He will have a big role to play in tomorrow’s match.

Simi Singh has been exceptional with the ball. He has picked up 7 wickets from just 3 innings and has been bowling beautifully at an economy of 4 and an average of 16. Singh has also managed to engineer 89 runs off his willow. He is a contender for the Player of the Tournament.

Graham Kennedy, for the North-West Warriors, has the potential to go big. He scored 46 runs in the solitary game that he played, and they came at a decent rate of 88. Despite being a bowler, he is a potential all-rounder in the making.

Kevin O’Brien has been in fine touch with the bat and scored 106 runs in three games at an average of 35 and a strike rate of 85.

Curtis Campher scored 42 runs in two innings and has also picked up 6 wickets in three innings with the ball.

Lorcan Tucker has been one of the most impressive players in the tournament and scored 104 runs in two innings at an average of 52. 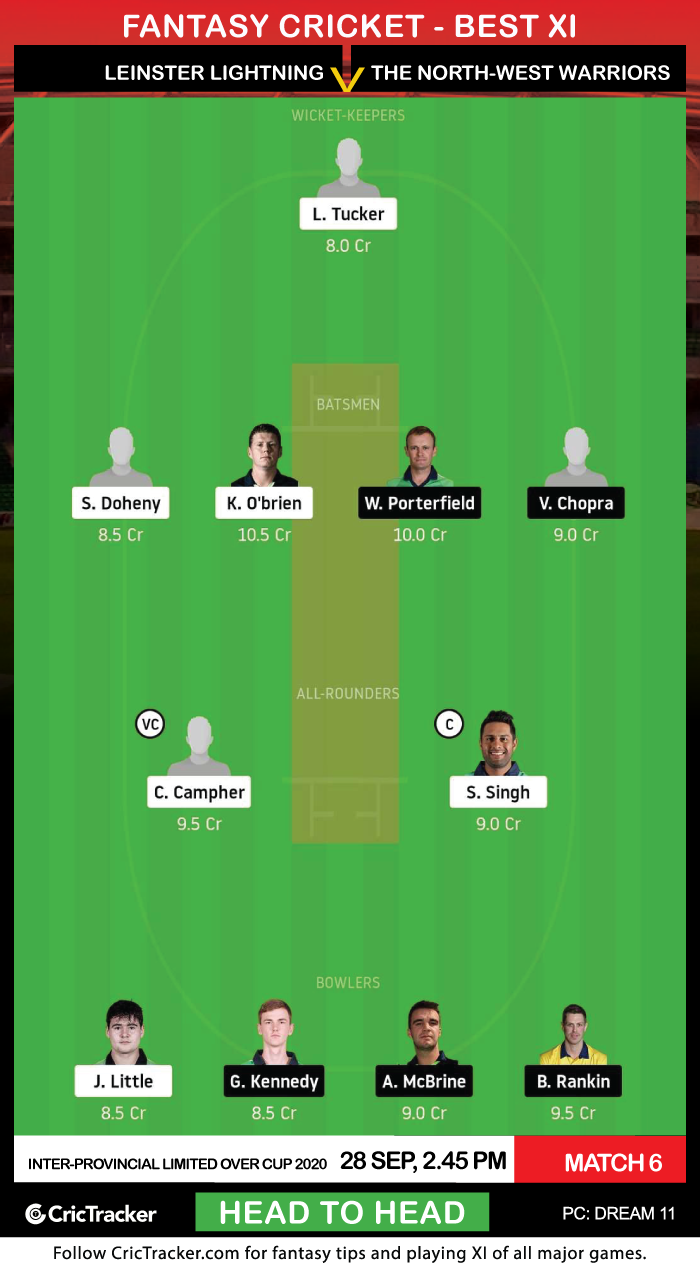 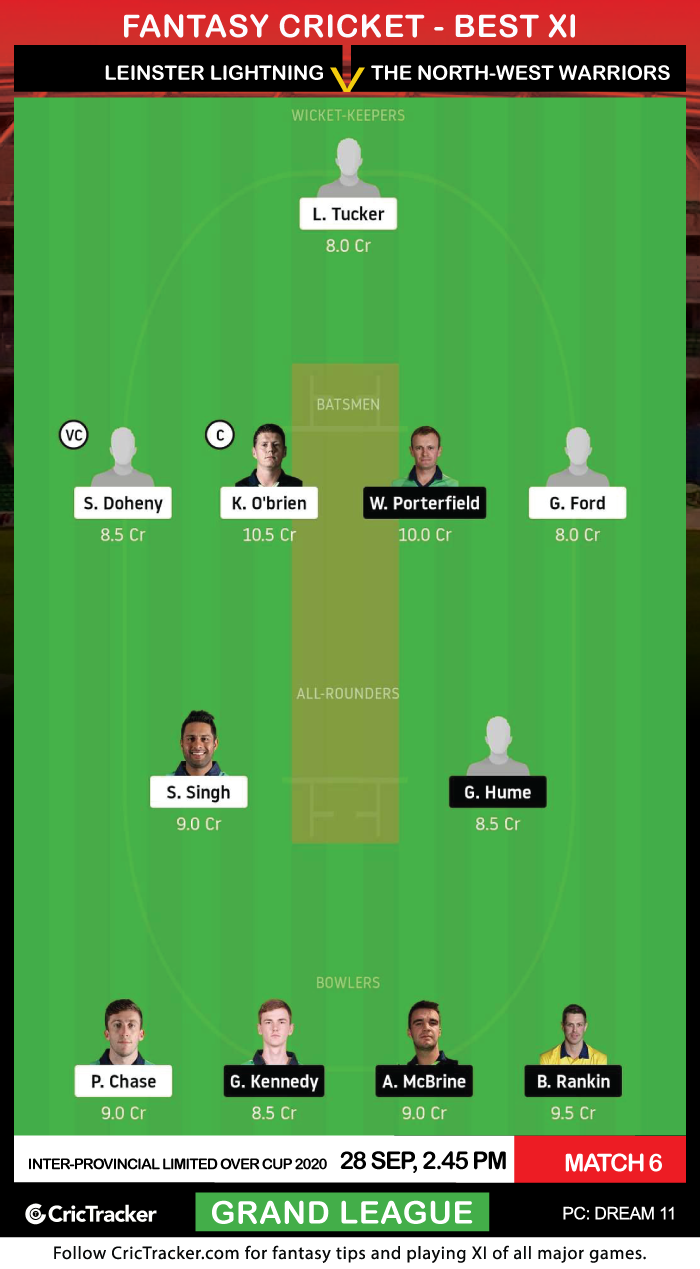 It is advisable to have plenty of bowling options as the track at The Village has been offering assistance to the bowlers. You can also take a chance by even having as many as five bowlers on this track in one of the Mega League teams.

Leinster Lightning are expected to win this match-up.