Even though Alyssa Healy missed out in the first game with only 6 runs, she is a highly experienced campaigner and could bounce back.

The 2nd match of the T20I series between Australia Women and New Zealand Women will be played at the Allan Border Field in Brisbane.

The Australian Women started off the 3-match T20I series against New Zealand Women with a 17-run win. Even though they were put under pressure early on in the first innings, the hosts managed to bounce back. They put up a respectable total on the board and their bowlers took over later on. New Zealand Women would be disappointed after the toss in this game.

They would regret the fact that they weren’t able to cling on to the crucial moments in the game. Also, after that loss, this game becomes a must-win for the visitors. They would fancy winning this one and levelling the series going into the 3rd T20I.

The temperature will range anywhere between 19 and 24 degrees Celsius and the weather will be quite conducive for a game of cricket.

Batting first could be preferred on this track as chasing seems to get difficult. It is a level-playing field for the batsmen and the bowlers.

Ellyse Perry’s availability is doubtful for this match.

Even though Alyssa Healy missed out in the first game with only 6 runs, she is a highly experienced campaigner and could bounce back.

Rosemary Mair good with the ball in the first game. She picked up 1 wicket and only conceded 22 runs in her four overs.

Katey Martin, batting in the middle order, scored 21 runs off 16 balls in the first T20I and was also good behind the stumps.

Delissa Kimmince accounted for a couple of scalps in the last game and maintained an economy rate of 6.

Jess Jonassen picked up 1 wicket with the ball and is capable of chipping in with the bat too if required. 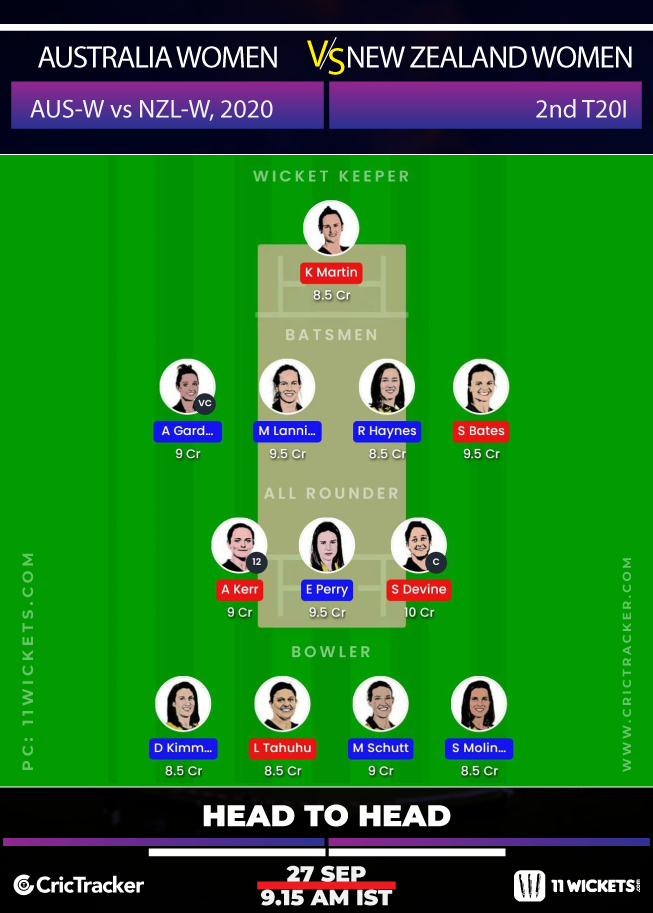 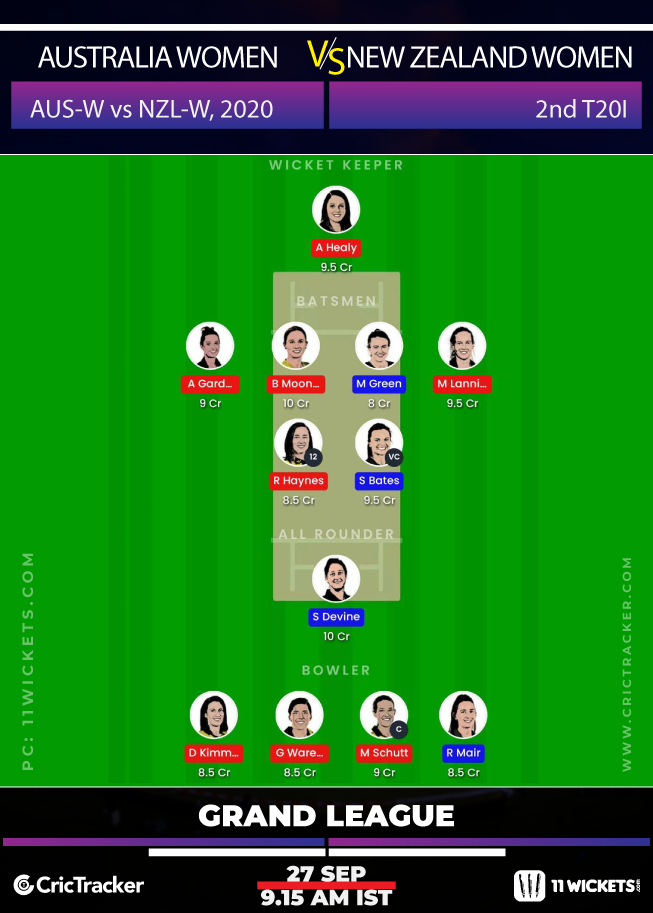 Ellyse Perry is uncertain for this game. Watch out for the Playing XIs after the toss.