North Group’s table-toppers Nottinghamshire are expected to advance to semi-finals by beating Leicestershire.

Nottinghamshire will take on Leicestershire in the 1st Quarter Final of the T20 Blast at Trent Bridge, Nottingham, on Thursday.

It’s time for the knock-out stages of the T20 Blast, where Leicestershire will take on Nottinghamshire in the first quarter-final. Nottingham finished at the top of the North Group table while Leicestershire were placed third in the same group. Although both the teams won their respective home encounters against each other, Nottingham looked more dominating than Leicestershire throughout the tournament.

The hosts are clear favourites to win this match-up. As far as Leicestershire are concerned, they have nothing to lose. They would want to play fearless cricket and pull up an upset against a strong looking Nottinghamshire side.

NOT vs LEI Weather Report for Quarterfinal 1:

It will be partly cloudy in Nottingham with slight chances of rain. The temperature will be around 13 degree Celsius.

The track at Trent Bridge is good for batting. We have seen a few high scoring games already in this tournament here and can expect the same for this match.

NOT vs LEI Top Picks for Today’s Dream11 Match:

Joe Clarke is the leading run-scorer for Nottinghamshire this season, amassing 316 runs at an average of 45.14 and strike rate of 179.54 in 8 innings.

Jake Ball is the leading wicket-taker of his side. He has scalped 14 wickets at an economy rate of 7.62 runs per over in 7 innings.

Arron Lilley has mustered 277 runs at a strike rate of 143.52 and is the leading run-scorer for Leicestershire. He has a stunning six-hitting rate of 7.25%.

Ben Duckett has scored 271 runs at an average of 45.16 for Nottinghamshire in 8 innings. He has been fairly consistent in this year’s T20 Blast.

Suggested Playing XI No.1 for NOT vs LEI Dream11 Fantasy Cricket: 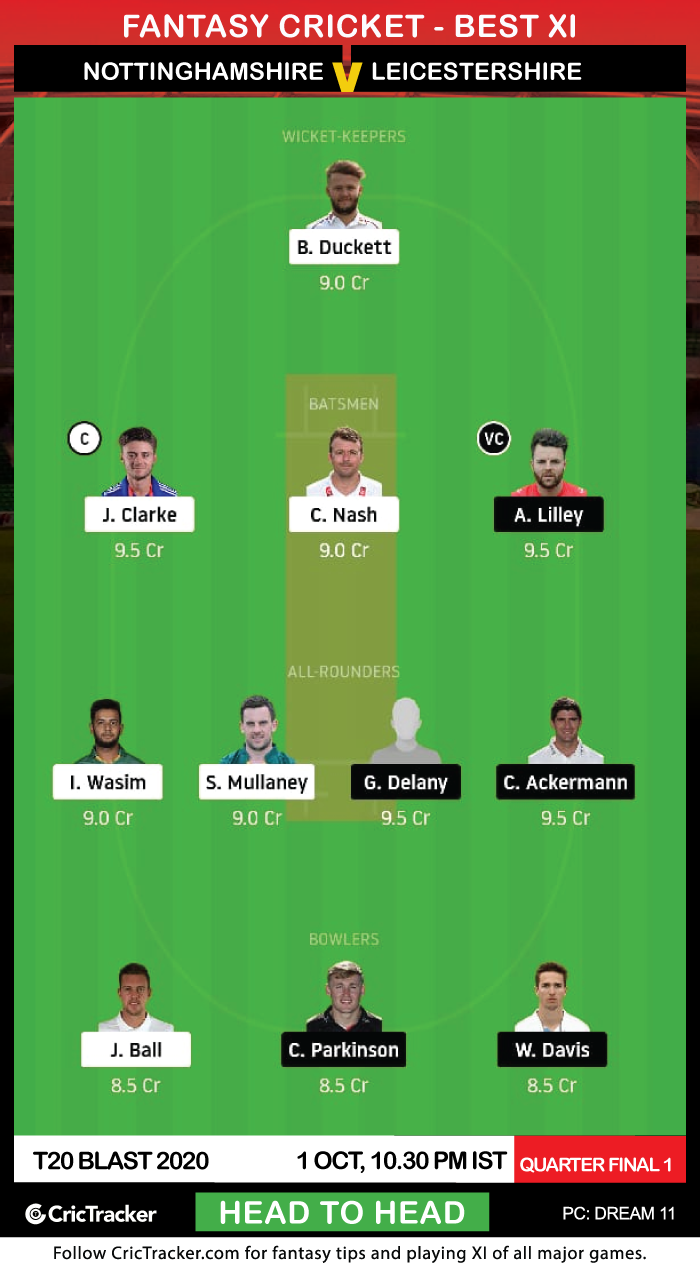 Suggested Playing XI No.2 for NOT vs LEI Dream11 Fantasy Cricket: 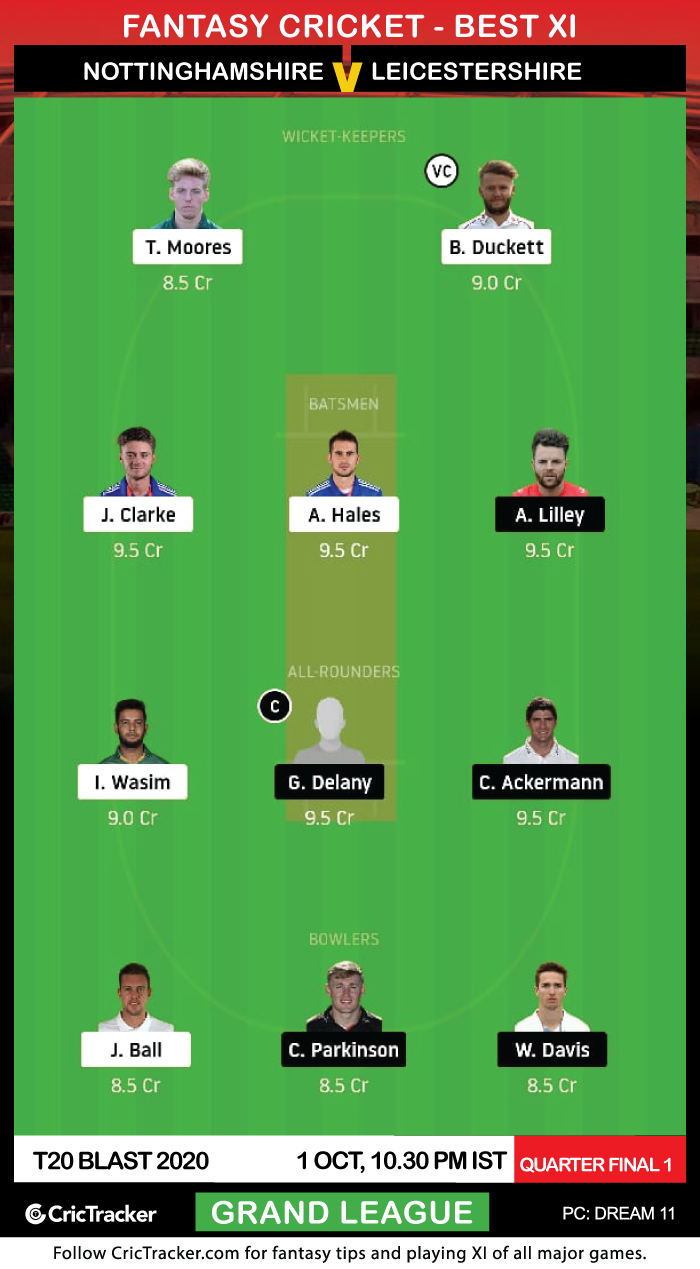 Given their form, Joe Clarke and Arron Lilley are must-haves for your Dream11 fantasy team.

NOT vs LEI Today’s Probable Winners:

Nottinghamshire is expected to win this match.