Kent are not expected to be a match of high-flying Surrey.

The 2nd Quarter Final of T20 Blast 2020 will be played between Surrey and Kent at Kennington Oval in London.

Two familiar foes will battle it out in the second quarter-final of T20 Blast on Thursday. South Group rivals Kent and Surrey will lock horns yet again at the Kennington Oval in London. Surrey are coming into this match on the back of a brilliant group stage performance.

They 7 wins from 10 games, they finished at the top of the group. On the other hand, their opposition Kent won 5 out of their 10 matches and were lucky to qualify as the third-placed team with highest points. For them, it will be a golden opportunity to turn tables on Surrey at a stage where everything is on the line.

Cricket enthusiasts will not be glad to know that there is a forecast of rain tomorrow. Temperature is expected to be around 10-15 °C.

The surface at Kennington Oval has been on the side of bowlers so far. Batsmen struggle in this track, especially in the first innings. Anything around 150 can be considered a good total.

Daniel Bell-Drummond is Kent’s top-scorer in this season’s T20 Blast. He has scored 420 runs with an average of over 45 and a strike rate of over 155.

Zak Crawley has amassed 335 runs in 10 games, which includes a stunning century. He has an average of over 40 and a strike rate of almost 160.

Laurie Evans is one of the main reasons behind Surrey’s dominance in the group stages. He has scored 301 runs at an astonishing average of over 60 and an equally impressive strike rate of over 155.

Jason Roy has looked in good touch in the two games he has played so far, scoring 78 runs at an average of 39. He has a strike rate of over 120. 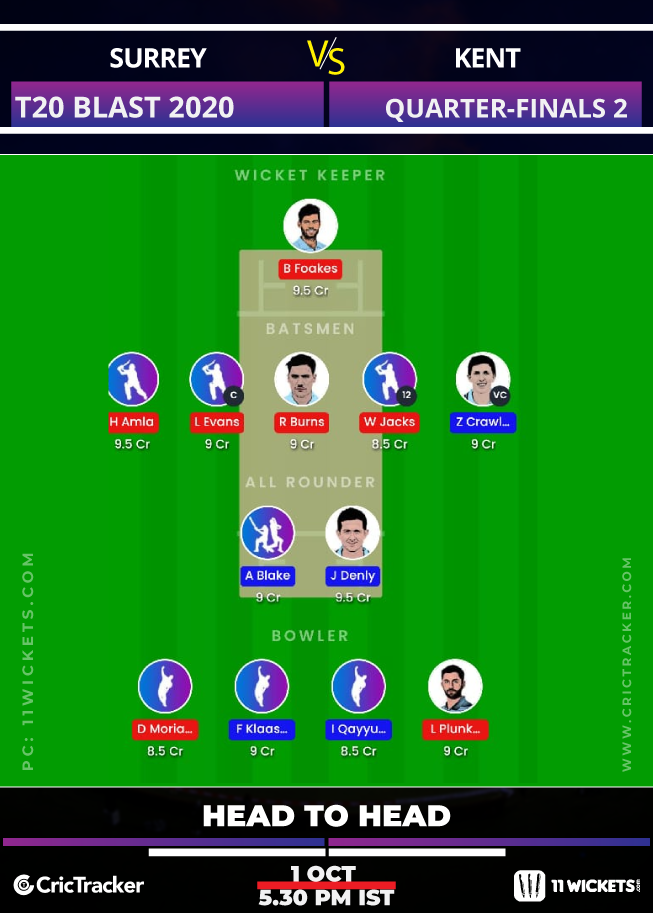 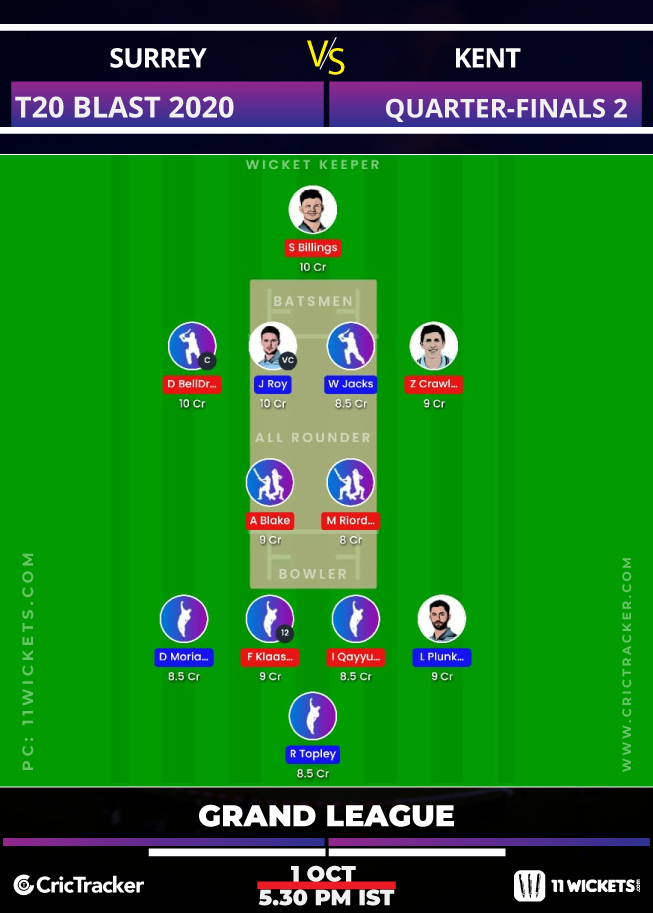 Will Jacks is a vital cog in Surrey’s team, playing a part both with the bat and the ball. He has scored 267 runs at an average of almost 40 and has also picked up 6 wickets. It is advisable to pick him in your 11Wickets fantasy team.

Surrey is expected to win this match.